Pursuant to Minnesota law, car accident disputes between an injured person and an insurance company should be resolved by mandatory arbitration if the case seeks less than $10,000 in damages on the date the lawsuit is filed. If the case seeks less than $10,000 in damages at the time of filing, an unlimited amount of post-filing claims can be added while still staying under the maximum limit. The Schmidt Salita Law Team has handled cases where the claim was as high as $60-$70,000 because of the accrual of post-filing claims.

There are many benefits of using no-fault arbitration. We’ve outlined some below:

The American Arbitration Association reported that in 2016, 5,792 cases were filed for no-fault arbitration. Of that number, 54% of all cases proceeded all the way through arbitration and to a final award. Conversely, 37% settled prior to the arbitration hearing. The median number of days it takes to go from the lawsuit filing date to the filing of a damages award is 183 days. 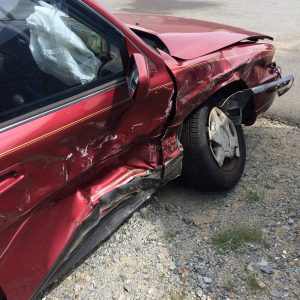 The Schmidt Salita Law Team has over 70 years of experience in successfully representing the victims of car accidents in both District Court claims and in no-fault arbitrations. Senior trial lawyer Douglas Schmidt was one of the first attorneys appointed by the Minnesota Supreme Court to serve on the committee that established the first set of rules for no-fault arbitration in Minnesota. Mr. Schmidt served as the draftsman of the first, second and third edition of these rules. For nearly 20 years he served, by appointment of the Minnesota Supreme Court, as an arbitrator. Since then it is estimated that Mr. Schmidt has won nearly 2,000 cases – and therefore 2,000 successful awards – for his clients. He is recognized as the Leading Minnesota No-Fault Lawyer. He has been asked by the Minnesota Trial Lawyers Association and the Minnesota Association of Justice to lecture on the subject of Minnesota No-Fault Law and has authored numerous articles on the subject in legal publications.

The members of the Schmidt Salita Law Team are happy to meet with the victims of personal injury and or wrongful death to explain their rights under both the Minnesota No-Fault Insurance system and under the “at-fault” system as well.

The Car Accident Lawyers at the Schmidt Salita Law Team understand that the victims of personal injury are often dealing with financial issues due to medical bills, car damage, and lost wages and earnings. Most do not have the financial resources to pay for a lawyer on an hourly basis – especially for a really good lawyer. The answer to this dilemma is the contingent fee contract where the lawyer doesn’t get paid by the hour. Instead, the lawyer gets paid on a “commission basis” like a real estate agent, as a percentage of the settlement produced. The Schmidt Salita Law Team offers contingent fee contracts in most cases.