In 2003, the Center for Disease Control (CDC) reported to the US Congress that mild traumatic brain injuries had become “a serious public health problem”.  Even though there has been a major awakening regarding this serious problem, American medicine, and the American public, remains largely uninformed as to the severity of this problem.

How big is the problem?  We just don’t know because one study showed that 89% of people with a concussion will seek medical attention. Other studies show that well over 50% of the concussion cases are misdiagnosed in the emergency departments.  That leads some experts to estimate that over 8 million Americans suffer a concussion injury every year!

Sports medicine experts estimate that there are as many as 3.8 million sports-related concussions each year.

The Brain Injury Association of America (BIAA)states that brain injury (90% of which are concussions) is a chronic disease with a lowered life expectancy of 7 years.  It reports a 22 times increased risk of seizures, twice the risk of Alzheimers and dementia, and significantly increased risk of psychotic disorders, anxiety disorders and depression.

Many concussion experts assert that there is no such thing as recovery from a concussion-that concussion victims live with the hidden residuals for the remainder of their life.

American medicine, and the American public in general, has ignored the public health problem presented by concussion injuries.  There has been a recent awakening, but in many respects, we are still in the Dark Ages. 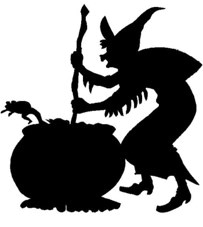 The World Health Organization predicts that Traumatic Brain Injuries (TBI) are recognized as a major cause of death and disability in the world with an estimated 10 million victims each year.

The latest report is that there are 1.7 TBIs reported every year, almost all of which are visits to the Emergency Department of a Hospital.  Very few reports come from other medical entities.  90% of the reported injuries are concussions or MTBIs. (footnote: Faul, Traumatic Brain Injury in the United States: emergency Department Visits, etc., Centers for Disease Control and prevention, National Center for Injury Prevention and Control, 2010.)  (Simple math says that is 1.5 concussions a year.)  However, it is estimated that only 1/3d of the concussion injuries seek medical attention and, accordingly, are not reported.  (If that is true, the total number of concussions, reported and not reported, is in excess of 4.5 million.)  Other sources state that the number of concussions from sports-related trauma is 3.8 million each year.  CITE.

As early as 1986, the National Head Injury Foundation found “gross ignorance and neglect of the long term problems associated with ‘minor’ head trauma.”(#2)

In 2003, the US Center for Disease Control (CDC) declared an emergency in its Report to Congress on Mild Traumatic Brain Injury in the United States: Steps to Prevent a Serious Public Health Problem. (#3) It  declared that “Epidemiologic research has identified MTBI as a public health problem of large magnitude”, noting the following:

-Traumatic Brain Injury (TBI) is “The Silent Epidemic” because of the serious consequences that result from a condition where objective signs and symptoms are not visible. (Other experts call it the “invisible” injury because victims either have no apparent injury or recover with no objective signs, yet carry serious long term health deficits.)

The report declared that concussion injuries are a huge medical problem, both in terms of frequency and severity, both immediate and long-term.

The message of the CDC was nothing new.  It contained basically the same message that was contained in the National Head Injury Foundation Report 18 years earlier-and was largely ignored by the medical community and the public all that time.